The COVID-19 pandemic has been a significant challenge for the freight and shipping industries. We've seen that one disruption can cause a domino effect for the interconnected global supply chain. Businesses and people worldwide have experienced delays, cancellations, and significant headaches because of the crisis.

As we gear up for 2022, let's take a look at some of the biggest supply chain headlines of the year.

January: The trade deal between the U.K. and the European Union, which resulted from Brexit, was finalized days before going into effect. Both sides championed the EU-UK Trade and Cooperation Agreement as a good deal, but the last-minute approval caused problems and delays in the supply chain.

Some organizations asked and were granted a grace period to administer the new requirements, while other industries – primarily just-in-time and perishable supply chains – faced the most immediate effects.

February: An unprecedented winter storm in Texas caused millions of residents to lose power and water, and the extreme weather led to major supply issues across the state. Grocery stores ran out of food and basic materials, and with roads impassable for days, they could not replenish their stock.

Trips across the border took several extra days because of the hazardous conditions, and a truck driver shortage exacerbated the problem. The Texas Agriculture Commissioner alerted the food supply chain, saying grocers could not get dairy product shipments. At the same time, farmers were being forced to dump milk because they didn't have power. These elements led to a major bottleneck in the state that took weeks to recover.

March: One of the bigger supply chain headlines of the year was the container ship that got stuck in the Suez Canal. It was lodged in the canal for six days, causing hundreds of other ships to get backed up waiting to deliver their goods. As a result of this traffic jam, an already stretched supply chain became even tighter.

Many container ships changed course to avoid delays. Still, for hundreds of ships, the blockage led to even greater delays at other ports, with many shipments arriving simultaneously and creating a similar chain reaction of back-ups. 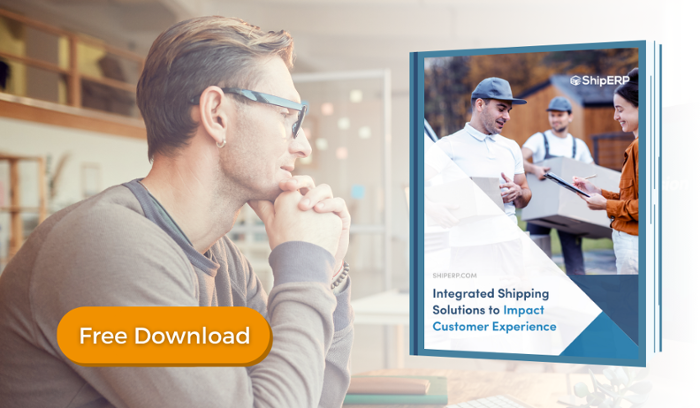 April: In April, the U.K. lifted its requirement for truckers crossing the border to show a permit. The U.K. had originally stipulated these travel restrictions to avoid traffic jams at the border, but because drivers had the proper documents and because there wasn't a backlog, they scrapped it.

The original requirement was aimed at the trade going to the port of Dover and the U.K. end of the Channel Tunnel. The U.K. delayed some other requirements outlined in Brexit to give businesses more time to prepare. Ongoing disputes about some of the new rules led to clashes in Northern Ireland, and the E.U. began legal action against the U.K., claiming they breached the deal.

May: India's large surge in COVID cases led to major manufacturing and production shortages. Businesses like Williams Sonoma and Gap reported being impacted as they have extensive manufacturing facilities in the country. Lack of access to oxygen exacerbated the crisis. The auto industry in India, which relies on oxygen in its production process, was further impacted as it reserved all its available products for patients.

India is one of the world's leading manufacturers of organic chemicals, industrial machines, cotton apparel, and pharmaceutical goods. To keep workers safe, factories were closed, and production stopped, leading to further delays across the globe. Case surges like the one in India - and others in China - have led some companies to consider relocating their supply chain.

June: As summer started, supply chain issues continued to rattle the global economy, and President Joe Biden announced the formation of his Supply Chain Disruption Task Force to support U.S. businesses. The task force is led by U.S. secretaries of commerce, agriculture, and transportation, and it focuses on areas with the largest disparities between supply and demand.

The task force develops solutions to address bottlenecks and supply constraints caused by the pandemic. It's one way the administration addresses ongoing shortages facing food and agriculture industries, homebuilding and construction industries, semiconductors, and transportation industries.

July: The ride-sharing company Uber announced it is buying the trucking and logistics company Transplace. The deal is meant to grow Uber Freight, which pairs trucking companies with businesses looking to move loads of goods. By acquiring Transplace, Uber aims to expand into managing logistics needs so that it plays a part in every segment of the delivery process from beginning to end. Using Uber's data science and marketplace expertise, Uber Freight will work to improve efficiency and avoid empty freight or backlogs that delay deliveries.

August: A spike in COVID-19 cases at the Shanghai Pudong International Airport leads to a shutdown of the airport. Air carriers were forced to divert shipments, and the closure reduced air freight capacity out of Asia. The shutdown had a major impact on some shippers like Mazda Motor Corporation, which was forced to stop night shift operations at two plants in Japan because cargo shipments of its semiconductors had been canceled. The region was already experiencing congestion because airports in China had reduced capacity to meet pandemic regulations. Experts warned of more to come as they faced outbreaks on top of extended delays.

The extended hours come as dozens of container ships are forced to anchor near both ports waiting for space to offload their goods. At one point, 69 ships were awaiting one of the 30 berths at the ports. The backlog at the port is expected to severely disrupt the supply chain in North America and take quite some time to recover as about 17 container ships arrive in Los Angeles every three days.

October: Major delays expected after an employee at Hong Kong International Airport tested positive for COVID-19. The airport handles the most international freight, and with a quarter of the terminal's employees forced to quarantine, backlogs were expected to worsen.

Hong Kong airport also has a large cargo handling facility that many shippers rely on when facing delays. This, paired with the shutdown at Shanghai Pudong International Airport and a reduction in cargo flights due to COVID regulations, further exacerbated the problem. The slowdown at the Hong Kong airport means freight from Asia to the U.S. could be impacted around the holiday season.

November: For the first time, the U.S. reported a drop in Black Friday and Cyber Monday sales. The drop was small - sales were down about 1.4% compared to the previous year, but analysts clarified that they expect the holiday season to see record-breaking e-commerce business as shoppers spread out their buying.

Analysts find that many companies started offering Black Friday deals as early as October and many people took advantage of early deals. Experts also report that out-of-stock messages were up 124% in November, which may be why shoppers spent earlier in the season out of fear of supply chain shortages.

The bill also aims to create more transparency and accountability for countries using the pandemic as an excuse to charge higher rates or fees and fail to follow contracts. Shippers, the National Retail Federation, the American Trucking Association, and others applauded the bill. Citing ongoing backlogs, these industries emphasized that the current law hasn't been updated in two decades and needs to evolve to meet supply chain challenges. The Senate must now take up the legislation.

What do you need to know about SAP Supply Chain Management? It’s a supply chain software within SAP...
Read More

Scale your supply chain operations with cloud shipping software to transform your business into an...
Read More

Supply chain professionals are in high demand, and the world is taking notice! As the sharp...
Read More