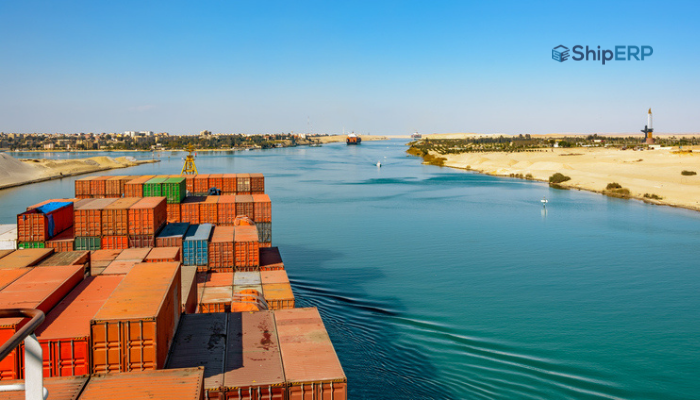 While 2021 saw some marked improvements in many areas when grappling with the unique economic circumstances wrought by the pandemic, it was also a year of great challenges for the logistics industry and two primary reasons. The first of these challenges is the congestion in the Suez Canal due to a stranded ship. The second, tying in largely with the first, is the ongoing congestion at the world's largest economy's busiest shipping port.

Though much attention in the popular press remains on production and supply chain issues, logistics concerns are a tougher bottleneck to clear.

We will discuss the Suez Canal crisis and its later impact on shipping at the Port of Los Angeles, as well as where we think all of this might be heading in the new year.

One of the largest shipping lanes in the world, the Suez Canal, is critical to the global supply chain. First opened in 1869, it's estimated that about 12% of global trade passes through the canal every year. Although the Suez Canal was a massive feat of construction when it first opened, the canal was still too narrow to allow for dual shipping lanes.

In other words, the canal is a one-way-only shipping lane. The lane limits the amount of cargo that can pass through at any one time, severely hampering ocean shipping efficiency. The canal is currently in the middle of an expansion project that will allow for future shipping in both directions, thus minimizing the potential disruptions like the blockage in 2021.

Now, let's get into the ship blockage of the Suez Canal situation back in April: The Ever Given.

Leased by parent company Shoei Kisen Kaisha to Taiwan's Ever Given Marine, the ship made 22 successful passes through the canal before the incident on March 23. Per Egyptian national law, a crew of trained experts boards passing ships and takes over controls to help them navigate what many cargo ship captains deem to be one of the most challenging passings in the maritime world.

One of the major issues facing ships that pass through the Suez Canal is that their cargo can sometimes throw the ship off its course. In the case of particularly massive ships such as the Ever Given, course correction is extremely difficult, especially if not performed by trained crews. Yet, even then, it is still fraught with risks. The March 23 incident was a case study of such risks, as the Ever Given turned sideways within the canal, blocking the entirety of the waterway.

The Ever Given lost control of the ship primarily due to strong winds that knocked it off course. While wedged between the two shores of the Suez Canal, other cargo ships were forced to dock in port or wait while authorities assessed the Ever Given situation. Moving the ship itself proved to be a logistical nightmare. Undoubtedly, these challenges will be discussed in maritime studies for years to come, as the excavation involved a delicate balancing act of removing sand and silt while hoping this would prove sufficient to dislodge the vessel.

If not, floating cranes were being placed on standby to begin the process of removing cargo containers from the ship itself, with careful attention being paid to the Ever Given's structural integrity and the need to balance the massive weight load on the ship. Should the teams have pursued this course and performed the task without prior planning, weight imbalances could have resulted in the ship's structural integrity collapse, thus spilling its contents into the canal and causing even more significant disruption. The ship finally refloated on March 29, and authorities finally cleared the disruption by April 3.

Often dubbed "America's Port," the Port of Los Angeles is critical to the global supply chain, including the Port of Long Beach. However, it often bears some other, less-flattering monikers, too, such as some of the world's least-efficient ports, according to rankings by the World Bank.

While this is an ongoing trend and certainly not a consequence of the COVID-19 pandemic and the global supply chain disruptions it caused, the setbacks experienced at the port during this critical time of shortage have nonetheless drawn attention to its inefficiencies well as the broader logistical issues of 2021. MSNBC estimates that some 40% of sea freight entering the United States market arrives through these ports, with major imports coming from East Asia's fast-growing and booming economies.

An announcement last month by port officials that they would begin levying higher fees for idle cargo spurred a wave of activity that alleviated some, but not all, of the port's congestion. Estimates vary, but reports indicate that businesses moved as much as 40% of idle cargo due to the "threat" to raised fees. While this move was touted by many, a recent report indicates ongoing congestion issues. The Daily Breeze reports that containers and trucks will be stored in Carson, California, until the processing crunch subsides.

To combat the ongoing delays, the port and associated entities are in the middle of a "hiring surge" that hopes to throw human resources at a problem that might be largely bureaucratic in nature, according to some analysts. To this end, both the California state government and federal authorities pledged to look for ways to get cargo processed and move out of the port at a much faster pace. In planning for the future, nearly $60 million was allocated for port improvements due to the challenges in 2020 and 2021. 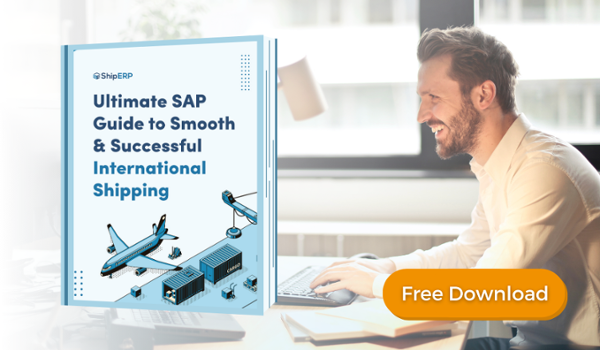 The Ranged Impacts of Logistical Delays

One of the major complications in any future analysis of the logistics problems in 2021 and how they impacted the global economy is a singular issue among a panoply of once-in-a-lifetime events. Due to the ongoing COVID-19 pandemic and the economic slowdown associated with it, massive government stimulus programs enacted last year are having a distorting effect on pricing and consumer goods.

Couple this with a downturn in production and a relatively stable demand curve, and you have three factors that, by themselves, could easily account for any perceived inflation or rise in general pricing. When you take these factors into account and then baste on top of them a global logistics crisis and slow down, however, you have a complex cocktail of negative indicators, any one of which could have an outsized impact compared to the rest.

Still, we won't know which one that is until the data is relatively finalized. Another massive issue in the analysis is that the contrary view, though easily offered, is rarely explored. Take this example: To avoid inflation, governments could have refrained from stimulus programs and, rather than a shipping problem, we could be facing other issues such as the collapse of the consumer economy and global trade in general.

While it isn't certain that stimulus saved anything, it is almost guaranteed that it prevented or delayed some of the pandemic's more negative consequences. To argue that the current shipping crisis is a problem of too much demand, too little slack, and even, according to some, a labor shortage is to ignore the broader macro trends directly influencing these three factors.

Looking ahead to 2022, most analysts expect a steady recovery, with pessimists pointing more towards 2023 as a potential breakout year. Optimists promise things will be back to normal in the new year.

Regardless of when the recovery comes, the Suez Canal incident and the stoppage at "America's port" show that aging infrastructure is not quite fit for purpose in the modern economy. Because of this, expansions in capacity needs to be explored. Aging infrastructure is likely to become a running theme at many of the world's larger but older ports if and when the global economic activity starts to pick up again. Interestingly, some of the significant contributors to this phenomenon were identified during the port capacity reexamination that occurred because of Suez and then LA in 2021. The revelations this information provides about the future are indeed startling.

For example, two of the largest contributors to the backlog, Amazon and Target, represent huge chunks of the fast-growing and soon-to-be-standard eCommerce and online shopping. If the growth in these shopping channels is already presenting a challenge for logistics, then this problem will only get worse in the future as this segment grows. And with the push to ship everything straight to a consumer's doorstep, there is unlikely to be any slack in demand or infrastructure for some time to come.

Shipping has been a source of both customer satisfaction and strife since well before eCommerce...
Read More

Did you know how companies are adapting in a constantly changing supply chain environment? Meet ...
Read More

The COVID-19 pandemic has been a significant challenge for the freight and shipping industries....
Read More