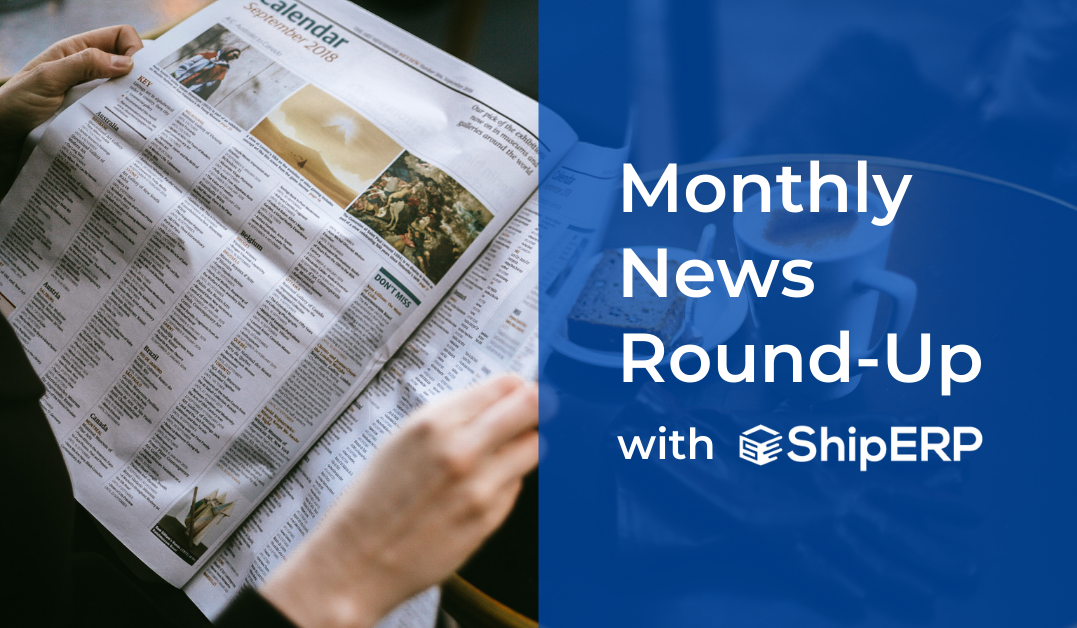 Automation continues to be a driving force in the industry as drones and unmanned autonomous vehicles step even more into the spotlight while major shipping giants announce rate increases and logistical expansion in anticipation of future growth. Here’s November’s monthly news recap:

SAP Rolls Out Suite of Educational Tools for the Public

In a bid to “empower” citizen and professional developers, SAP is rolling out a suite of tools as well as a free educational experience. This is part of the company’s strategy to contribute to the digital transformation of society as well as helping developers develop relevant skills for the “cloud-first era.”

SAP is taking the lead on responsible packaging and eco-friendly design with a new initiative to help pioneer the reusable materials of tomorrow. The SAP Responsible Design and Production effort will seek to help businesses and brands embrace the concepts of the circular economy in their designs and packaging as well as implement digital solutions to enhance and leverage company-wide circularity principles.

LA/LB ports are attempting to stop importers from using docks as “makeshift warehouses” but are having a hard time doing so as their congestion surcharges, suspended since November 15, were again put into abeyance for the third time, leaving few tools for port administration to relieve the historic levels of congestion present there.

Citing the growing need for a robust network for healthcare logistics and materials supply, UPS Healthcare will expand throughout the Asia Pacific region as well as Europe. This is in addition to a new cold chain and packaging facility opened at the company’s Worldport headquarters in Louisville, Kentucky.

Seen by many as an indicator of things to come from a broader industry perspective, UPS just announced their general rate increases for 2022. These numbers are an average of a 5.9% increase for UPS Ground, UPS Air, and International services as well as an average of a 5.2% increase for UPS Air Freight within and between the U.S., Canada, and Puerto Rico. It is expected that these numbers will take effect on December 26, 2021.

Walmart wants to make aerial delivery a common occurrence and they are partnering with DroneUp LLC to deliver items within “one nautical mile” of the takeoff point. While limited in scope now, Walmart’s eventual goal is to extend the distance of drone delivery and scale it to more of its total market area.

Cleveron 701 is the first unmanned autonomous vehicle licensed to make deliveries on the streets of the Netherlands and it is hoped that, if successful, it could point the way towards a future where autonomous delivery vehicles enable daily conveniences as well as logistical efficiencies.

DHL is enhancing its capabilities on a global scale and just in time for the winter holiday rush. In anticipation of continued shipping growth, DHL has spent no less than $78 million adding capacity to its Americas Hub and is expecting continued growth in the future.

Check out some of our new helpful content for shippers and exporters:

Freight Audit to Save Costs at Your Next Carrier Contract Negotiation

Freight costs can be a significant expense associated with a business. Still, fortunately, there...
Read More

When To Bring Freight Auditing Back In-House

Freight auditing is the task of checking and verifying freight bills and cross-checking them with...
Read More

From the opening of robotic sorting centers in Israel to the pursuit of sustainable solutions for...
Read More